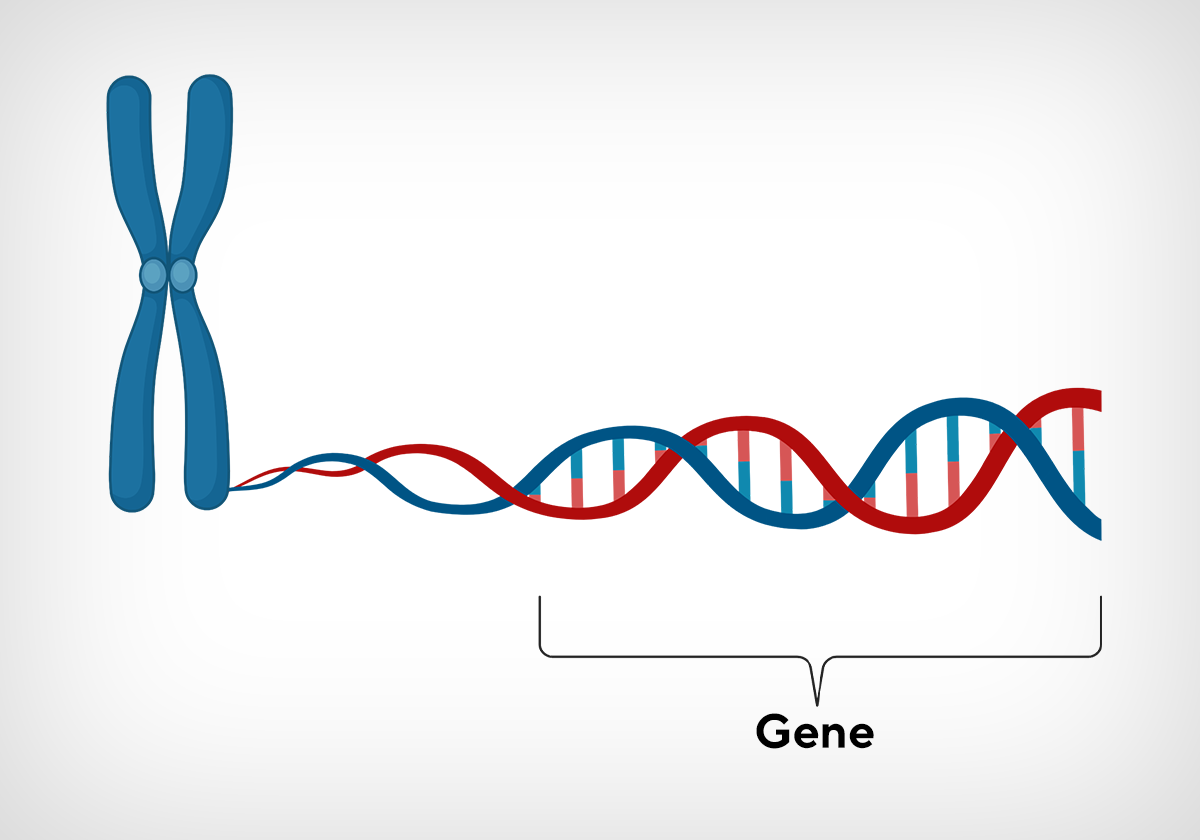 While the entire genome is billions of nucleotides long, it is not one unending stream of information. It’s divided into units called genes. A gene is a sequence of DNA that encodes a specific protein molecule. A gene is considered the functional unit of DNA: it’s a sequence that contains a set of instructions to build something. In each cell, different genes can be turned “on” or “off”–this phenomenon means the same DNA sequence can still create different types of cells. Additionally, this “on”/”off” switching plays an important role in the aging process

Protein-coding genes make up less than 2 percent of our DNA. The remaining genes were once considered to be “junk DNA” but now we’ve learned that these sequences actually play many important roles in regulating the cell. 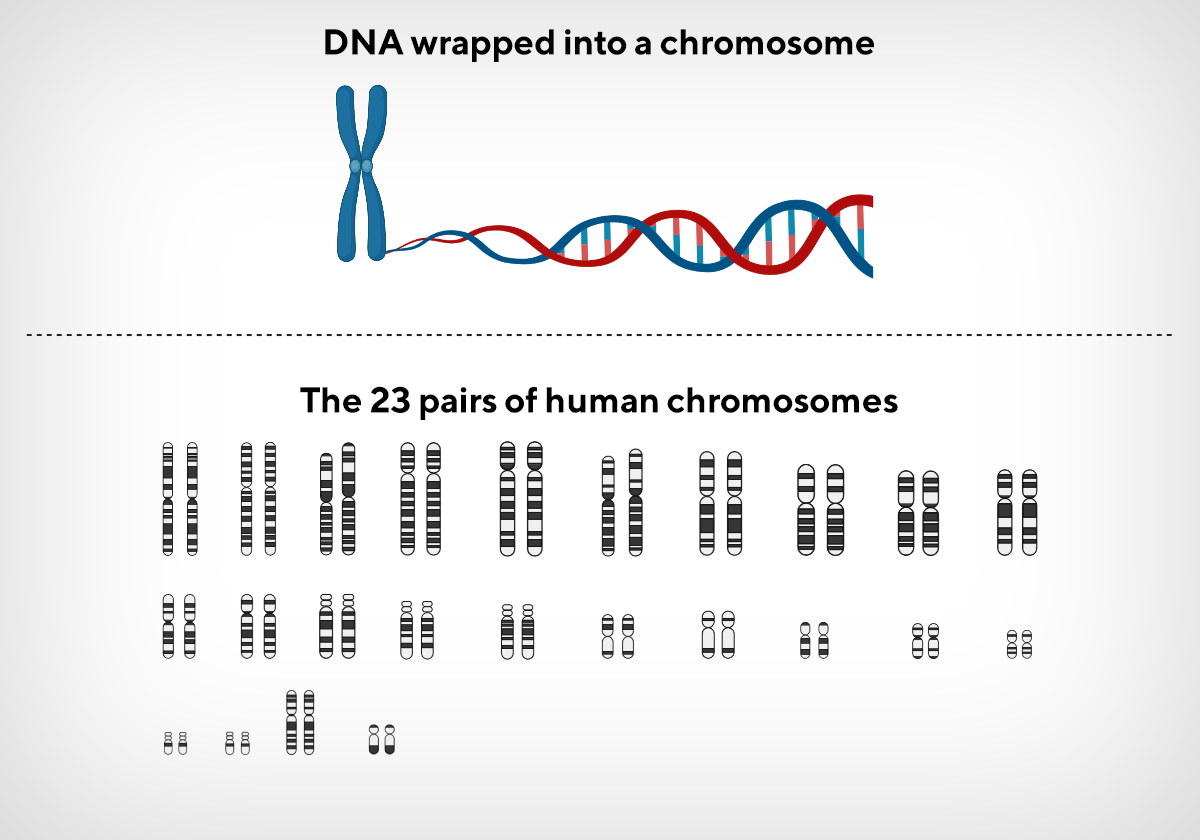 How do our bodies contain the instructions for those 20,000 proteins? Stretched end to end, the DNA in any one of our cells is 6 feet long and if you could uncoil all of the DNA in your body it would stretch billions of miles; that’s a lot of DNA! Rather than being packed loosely inside the nucleus, it is wound around protein molecules called histones and packaged into condensed structures called chromosomes. Humans have 23 pairs of chromosomes–one set from each genetic parent. The information contained within those 23 pairs of chromosomes is your entire genome. It’s the encyclopedia of you. 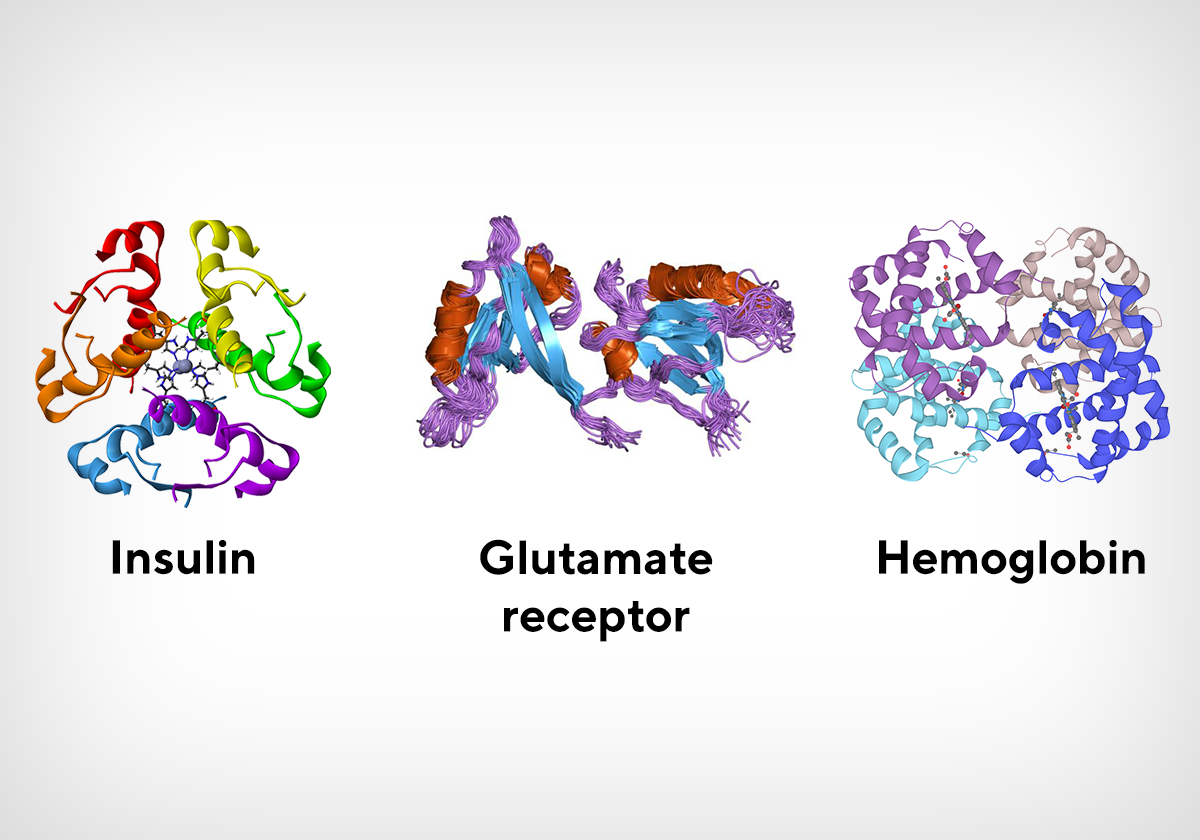 Proteins are large, complex molecules that play many critical roles in the body. They do most of the work in cells and are required for the structure, function, and regulation of the body’s tissues and organs.

Proteins are important because they perform many of the essential functions of our cells and form much of the structure of our body. For example, insulin is a protein that triggers our cells to let in glucose for energy. Our taste bud receptors on our tongues that let us experience the delicious foods of the world are proteins. Hemoglobin, which carries oxygen through our blood stream, is a protein. These, and the 20,000 others encoded by our DNA, carry out the activities and chemical reactions necessary for life. 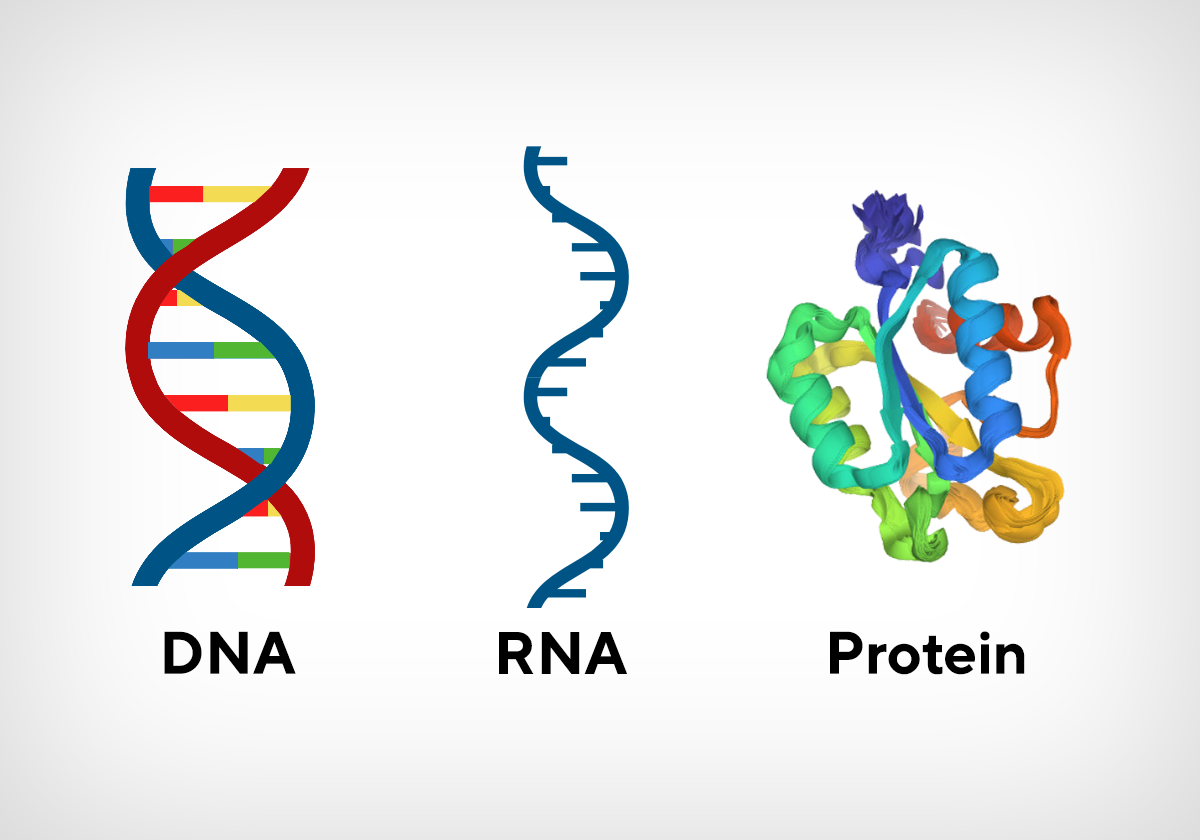 All the information needed to make every protein in our cells is contained in our DNA. The instructions in DNA are transcribed into temporary RNA molecules, and those RNA molecules are then translated into functional proteins. Since being discovered over the course of many years in the mid-20th century, this process of DNA to RNA to protein has been dubbed the “central dogma of biology” and is one of the most essential processes to life on Earth.

The processes of protein transcription and translation are very tightly controlled by the cell. It’s very important that correct proteins are made at the correct time, in the correct quantities, and in the correct shape. Defects in any of these processes can be associated with diseases. 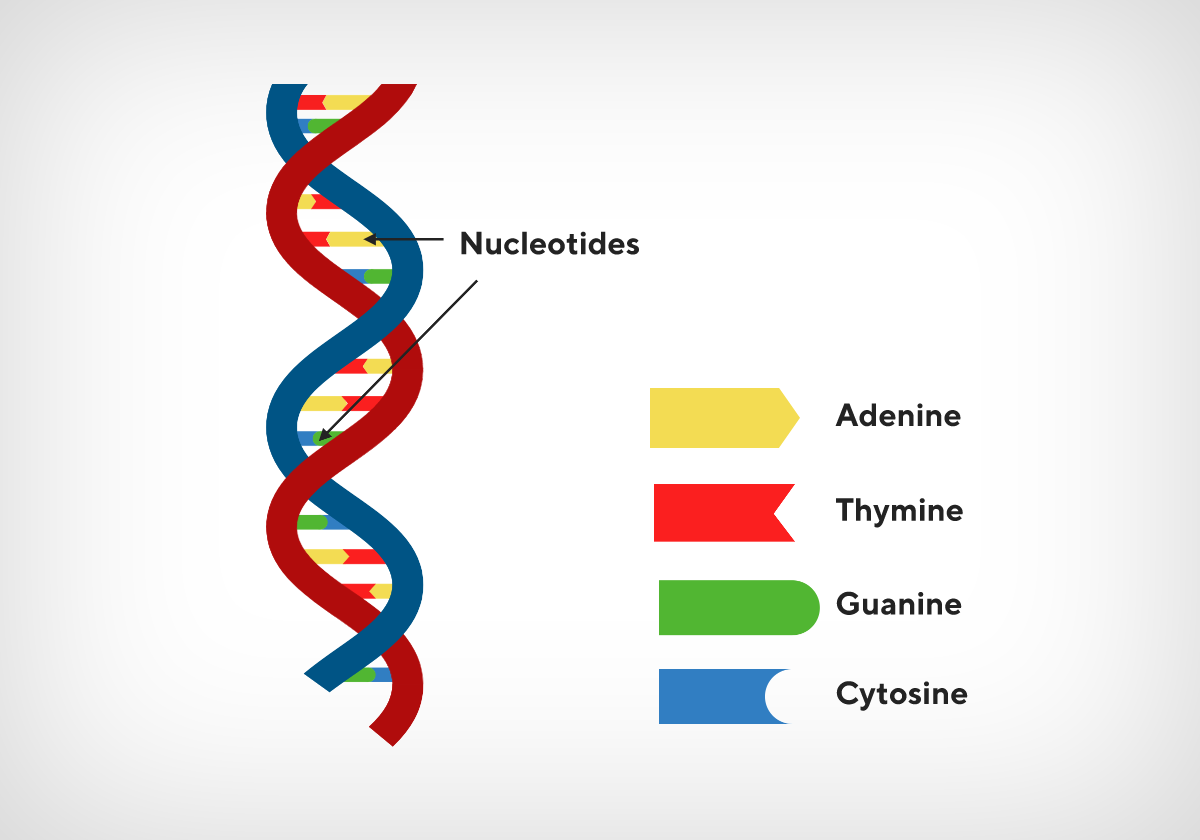 It’s amazing to consider that all the books ever written in the English language are made up of only the 26 letters in the Latin alphabet. Here is something more staggering: DNA is comprised of only 4 “letters”—the 4 molecules containing adenine, cytosine, guanine or thymine—and yet it encodes all the information to build every organism on earth! The famous twisted ladder structure of DNA is the double-stranded helix, with each “rung” made of two paired nucleotides. Nucleotides, which comprise the letters of the DNA alphabet, each consist of three molecules: a sugar, a phosphate group plus adenine, cytosine, guanine, or thymine. The entire molecules are abbreviated A, C, G, or T. In the DNA alphabet, A only pairs with T, and C only pairs with G to form the rungs of the ladder. The sequence of the nucleotides along the length of DNA determines the information encoded, just like the sequence of letters in a book determines what words you read.. 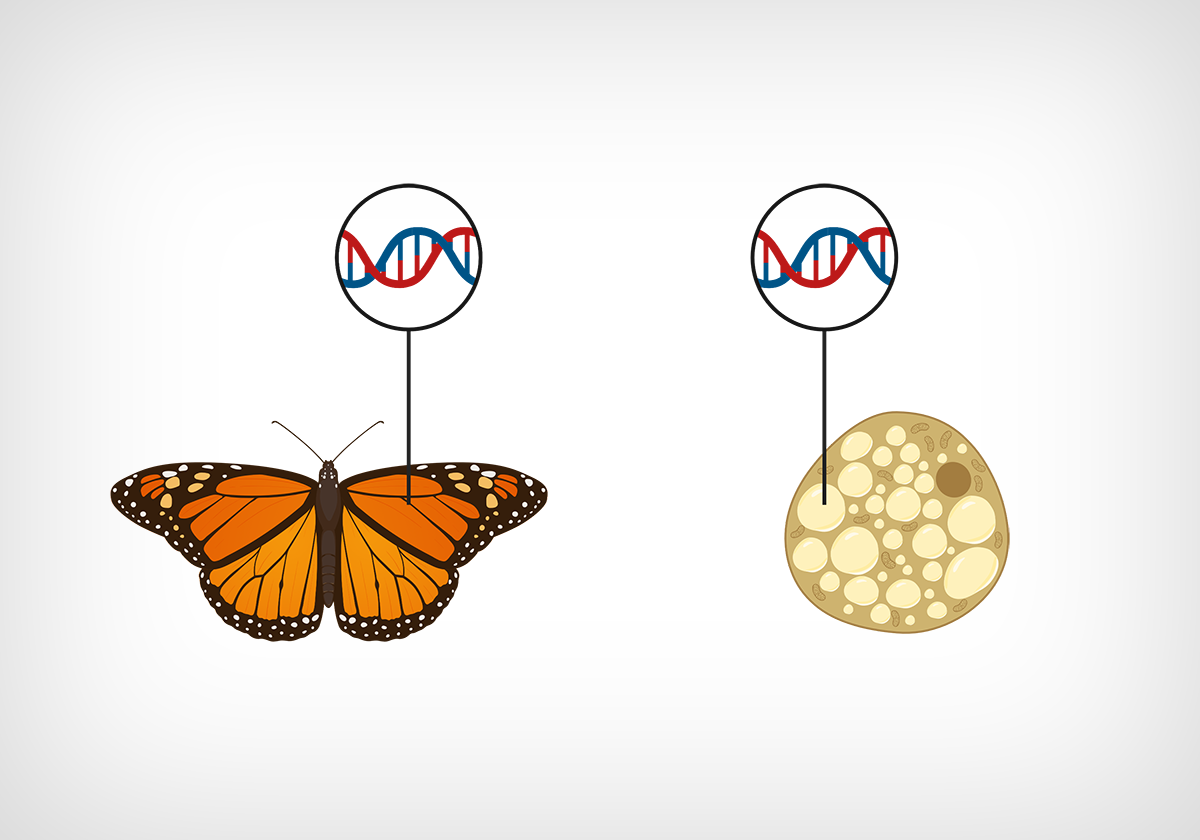 DNA, short for deoxyribonucleic acid, is the information molecule needed for life on Earth; it’s what makes each species unique. Encoded within it are all the instructions for building all the parts for every organism, from elaborately patterned butterfly wings to fat cells that build up around the abdomens of humans. The discovery of DNA as the molecule of heredity opened up new worlds of science and medical possibilities that we are still beginning to realize, as scientists use it for everything from understanding genetic disorders to fine-tuning vaccine design.

Senescence has emerged as one of the primary drivers of aging identified so far. In 2016 the Buck supported the launch of Unity Biotechnology, the first company to focus on translating the science of senescence to medicines designed to increase healthspan. The company, focused in large part on Buck science, was first located on our campus. 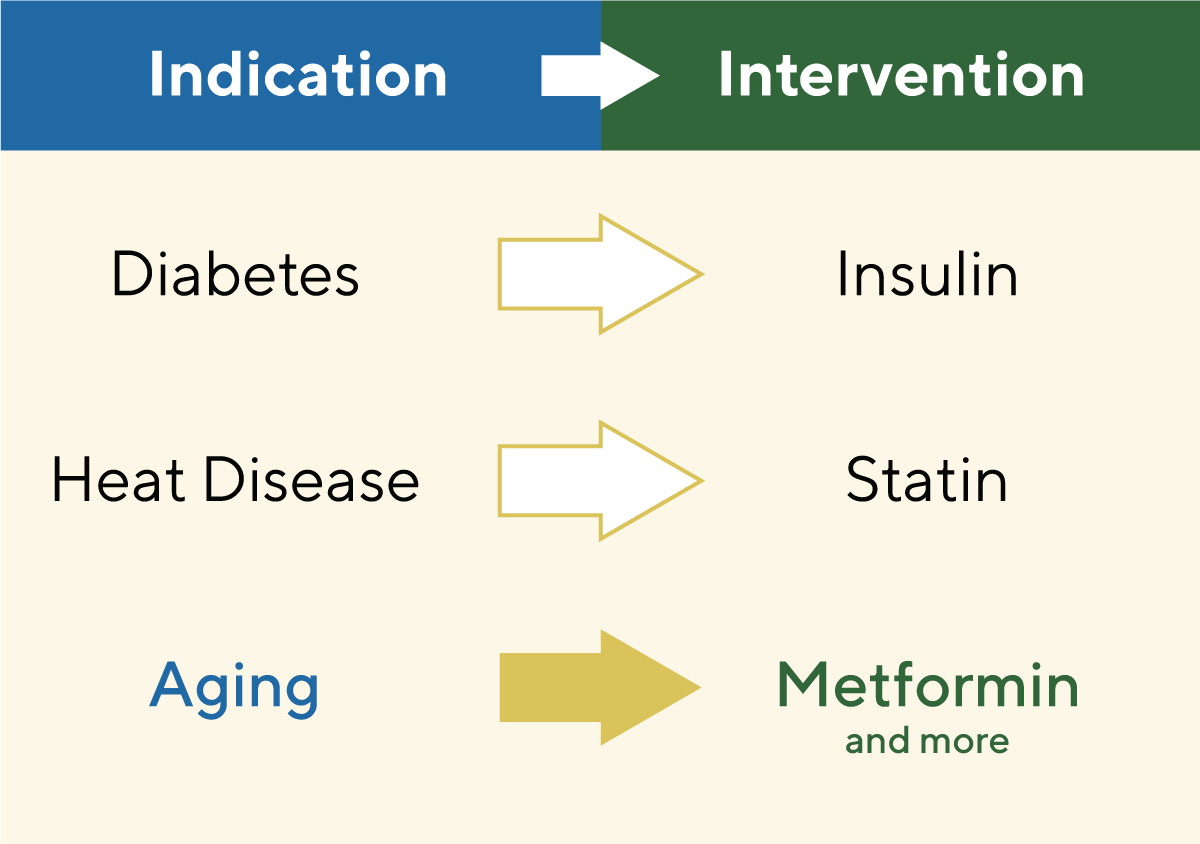 This clinical trial, designed to test the hypothesis that the diabetes drug metformin can delay the onset of age-related disease, is the first clinical trial designed to target mechanisms of aging instead of a specific age-related condition. It aims to test 3,000 people aged 65-79 in 14 separate centers over 6 years to compare a wide range of health metrics between participants taking and not taking metformin. 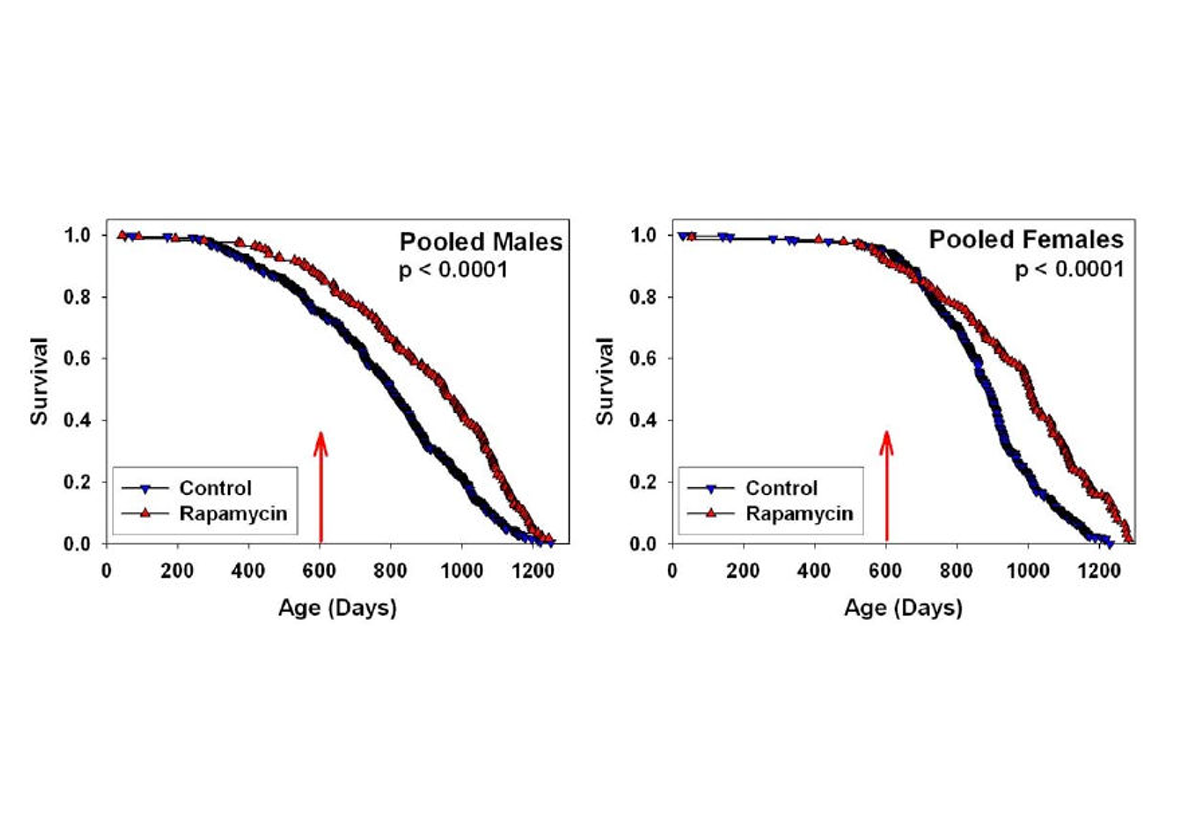 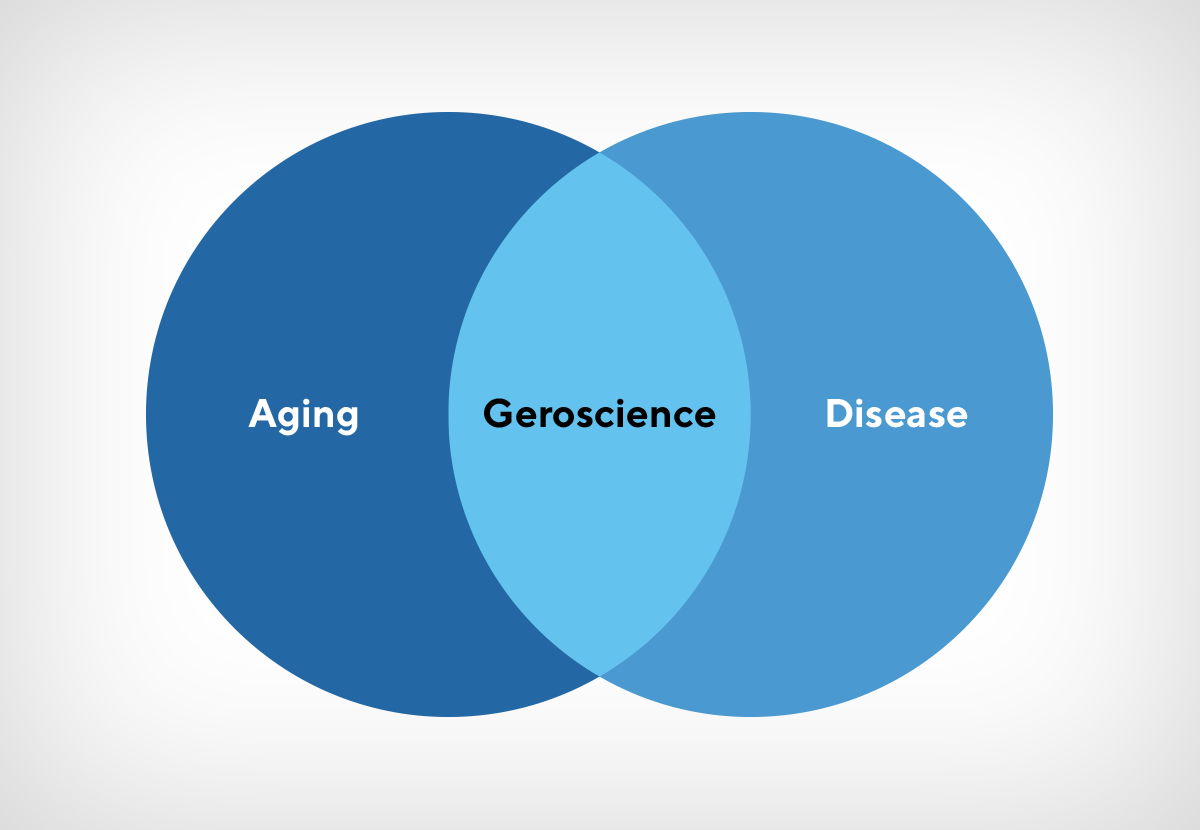 As research into aging and age-related diseases continued to show increasing overlap, scientists at the Buck Institute named and fostered the emerging field of Geroscience via a prestigious “Breakthrough” award from the National Institutes of Health. Geroscience is the scientific field concerned with understanding the biological connection between getting older and the chronic diseases of aging.